Don’t get into your car drunk and stoned..Jeeze! 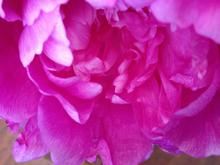 Yesterday I encountered the aftermath of a horrible car crash. The devastation had wreaked total havoc in the street. Parts of a mangled bicycle …an entire shop front…a lamp post..a fire hydrant.. an ATM machine..and a even a tree were scattered around as if a hurricane had just breezed through. Several people were badly hit..Some critically apparently. It was truly shocking. The driver had been racing his car with another vehicle at 85 mph down a major thoroughfare, drunk and stoned at 6.30am. Hard to comprehend, but true. People were just standing around mystified..Me included. Sheer and utter madness. Be good people.. Don’t get into your car drunk and stoned..Jeeze! Here’s another beautiful flower..