Any special dispensation for agnosticsâ€¦gulp?? 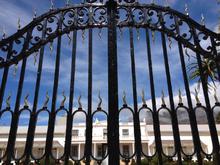 Any special dispensation for agnostics…gulp??

Catholic Church confirms atheists still go to hell, after Pope Francis suggests they might go to heaven
Spokesman says people who choose not to enter the Church ‘cannot be saved’
The Vatican has quickly clarified that atheists – they believe – are still going to hell, despite Pope Francis appearing to say non-believers could be saved through Christ if they do good.

Vatican spokesman Rev. Thomas Rosica said people who know about the Catholic church “cannot be saved” if they “refuse to enter her or remain in her.”

In an unprepared speech on Wednesday, the Pope emphasised the importance of “doing good,” for all people.

According to a report from Vatican radio, he explained how upset Jesus’ disciples were that someone outside their group was doing good.

The disciples, he said, “were a little intolerant,” thinking that “those who do not have the truth, cannot do good.”

He said: “This was wrong . . . Jesus broadens the horizon. The root of this possibility of doing good – that we all have – is in creation.”

"The Lord created us in His image and likeness, and we are the image of the Lord, and He does good and all of us have this commandment at heart: do good and do not do evil. All of us."