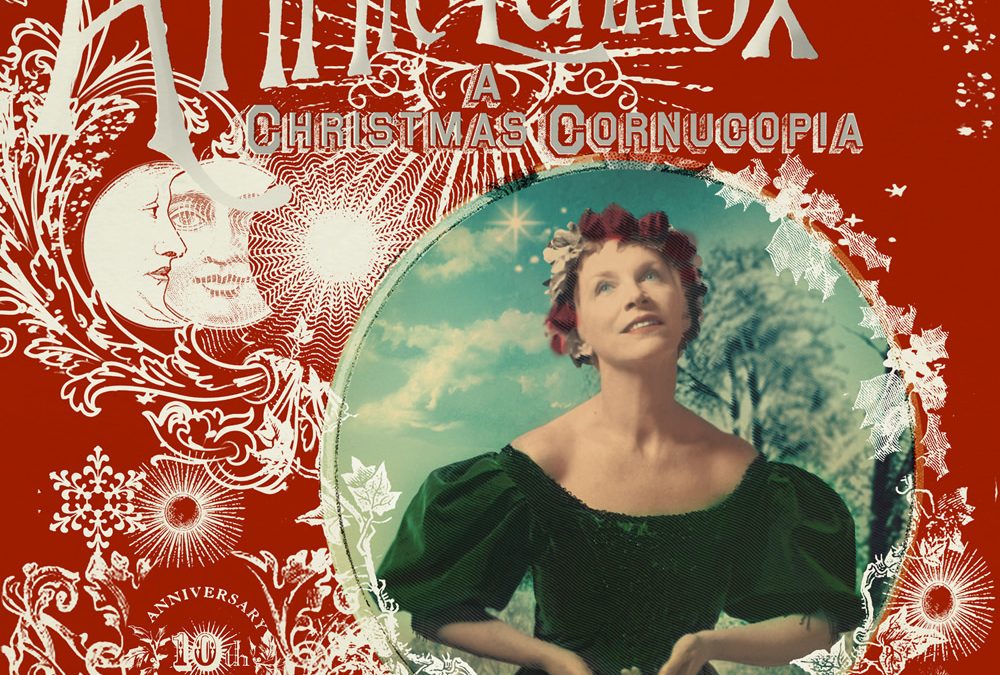 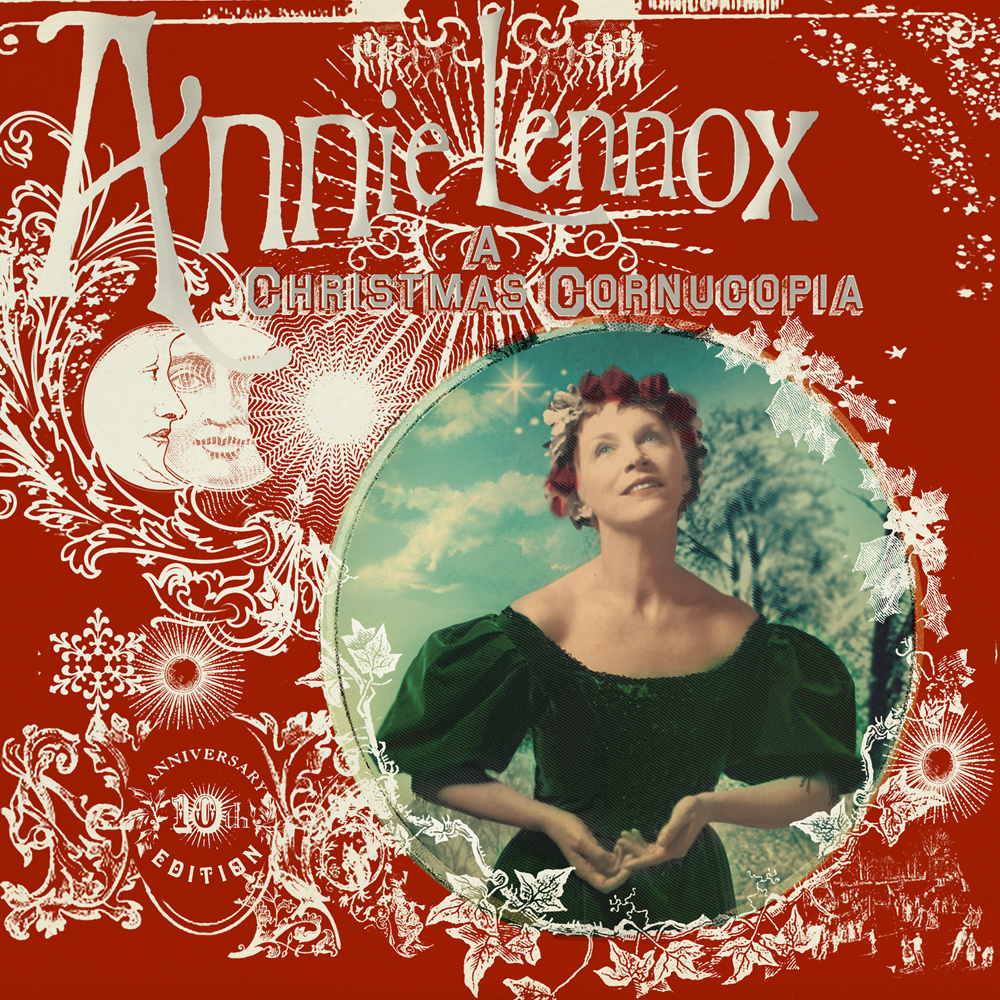 7th October 2020, (London, UK): One of the most successful, iconic and revered artists in pop music history, Annie Lennox – with over 83 million albums sold – is in the spotlight once again.

Today Annie Lennox announces she is releasing a digitally remastered version of her sixth solo album, A Christmas Cornucopia – a collection of inspired interpretations of traditional festive songs, rounded out by a Lennox composition, “Universal Child”.

The 2020 re-issue of A Christmas Cornucopia will be released via Island Records on 20th November to mark its 10 year anniversary. It will feature a brand new, previously unreleased track, “Dido’s Lament”, a new tracklisting, and new artwork (across all formats – vinyl, CD and digital).

“I’m absolutely delighted to be releasing the 10th Anniversary of A Christmas Cornucopia. 2020 has been an unprecedented year around the world… The carols on this album represent continuum – harking back to a time before modern technology, climate emergency, global pandemics, pollution, forest destruction, species extinction and all the challenges our world must urgently deal with in terms of crisis in sustainability. I hope this recording will at least offer some comfort and nostalgia, but also an awareness that political leaders, religious leaders and everyone around the world must face up to the question of how many more Christmases we have left to spend on this blighted earth.” – Annie Lennox

“Dido’s Lament” – written by Henry Purcell in the 17th century and arranged by Annie Lennox and Mike Stevens – references the tragic love story of Dido and Aeneas as documented in Virgil’s legendary epic poem, The Aeneid, from the 1st century BC. It will be released as the lead single from the album on 10th November and will be accompanied by a music video (out 12th November).

The music on A Christmas Cornucopia was mostly played by Lennox, in collaboration with co producer Mike Stevens, and originally recorded in his southwest London studio – at the bottom of his garden in 2010. But to achieve the resonance and vibrancy that were integral to Lennox’s ideas for these re-energized reboots, the pair also worked with a 30-piece orchestra at Pinewood Studios. And they travelled further afield too: to South Africa, to record with the African Children’s Choir, a remarkable organization with which impassioned campaigner and activist Lennox has long had a relationship.

A Christmas Cornucopia is far from a saccharine packaged selection box. As befits its title, it offers an abundant track listing drawn from British, French and German traditions covering the well-known alongside more untrodden ground. It’s broad spectrum encompasses a wide range of narratives and emotions – from joyful and celebratory thorough melancholic and haunting to poignant and timely. On “Lullay Lullay”, for example, Lennox draws direct links between the Nativity and the plight of Africa’s child soldiers.

Vibrant but vintage, classic and contemporary, glorious but with a polemical edge, Annie Lennox’s A Christmas Cornucopia is no ordinary collection of seasonal songs.

4. See Amid the Winters Snow

1. Angels From the Realms of Glory

2. The Holly and the Ivy

3. As Joseph Was a Walking

6. In the Bleak Midwinter

4. See Amid the Winters Snow

8. Angels From the Realms of Glory

9. The Holly and the Ivy

10. As Joseph Was a Walking

12. In the Bleak Midwinter

4. Angels From The Realms of Glory

8. The Holly and the Ivy

10. In The Bleak Midwinter

11. See Amid The Winter’s Snow

13. As Joseph Was A Walking

PRE-ORDER THE 10th ANNIVERSARY RE-ISSUE OF A CHRISTMAS CORNUCOPIA HERE: