Yesterday’s blog had quite a few divisive responses.. 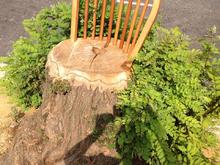 Yesterday’s blog had quite a few divisive responses..We had to get the "troll" net out of the cupboard….which actually doesn’t happen that often…fortunately!
Some topics are just like that…They draw out strongly held opposing views. I respect everyone’s right to their own viewpoint, but I have zero tolerance for offensiveness.
A small percentage of people will just "dump" ..I get that..But defacements will be blocked and banned. Simple.
Having said that…99 per cent of the time, most the comments on this blog are really interesting, intelligent, and well worth reading.
I’m fascinated by the broad range of perceived view points, and the emotional investment we all hold with our opinions. The monarchy is one of those subjects that people feel three main ways about. They either are strongly for..strongly against, or neither one way or the other. Over the years there’s been a tremendous change in the way the British Royal Family interact with, or are presented to the public..while at the same time the world of "mass celebrity" stokes the appetite and market for prurient interest. There are so many aspects to this..Whether they’re "good for the country" ..ie are good representatives or ambassadors in diplomatic terms..Whether they’re "value for money"..ie they create more wealth rather than draw from the public purse. Whether they’re important in terms of history, pageantry, continuity, symbolism and cultural identity, or whether the whole thing is just hocus, and should be abolished and completely modernised ..ie the UK becomes a republic.
It’s a fascinating debate, and I can personally see the validity of both sides. At the end of the day, if it could be proved that the the Royal Family creates real value for money, then it would be an total non issue.
I guess that’s what it would all boil down to. So here’s a question..
Is 21st Century Britain still locked into the "class system," or have we evolved beyond that, and if so…in what way? Troll free opinions please!