With regard to last night’s programme… 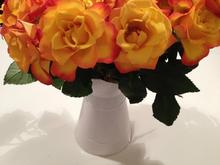 With regard to last night’s programme…Just to let you know that during a period of ten days, we recorded over twenty five hours of film footage. To create and edit a one hour programme with two separate story lines from that was a hell of a feat. Our crew consisted of one camera man, one sound man and the director.. With two researchers on the side, who worked for four months solid leading up to the shoot. If it wasn’t for the consistent handwritten records kept by Church authorities or Libraries, it would be impossible to find out much about anyone’s ancestry. Additionally.. The team worked with about ten different historians, who were each experts in their own fields, and helped to fill in the gaps between the dots, so to speak. I now feel I have so much more connection to the past… Especially with the complexities of the Victorian era. It was like a Dicken’s story coming to life..especially with the Mrs Cruikshank episode, followed by Jessie’s induction into the mill at the age of thirteen..abject poverty, TB etc…I’m so proud of them all and would do it again like a shot!