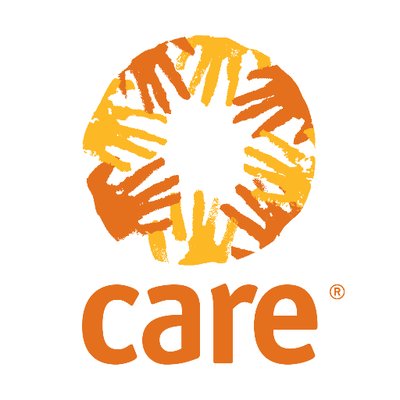 LOS ANGELES, CA (May 7, 2020) — According to The United Nations Population Fund, six months of lockdowns could result in an additional 31 million cases of gender-based violence across the globe. The Charlize Theron Africa Outreach Project (CTAOP), CARE, and the Entertainment Industry Foundation (EIF) launched Together For Her last month to deploy funds, address the dire need for resources, and support the global response against domestic violence amidst the COVID-19 pandemic.

Since announcing Together For Her on April 22, more than 40 female role models from across film and entertainment, sports, fashion, and business have pledged a financial gift and are standing in solidarity with women and girls around the world, who become even more vulnerable during times of crisis.

silence and metastasizes into lifelong trauma that can’t be quantified. The abused have been physically, emotionally and financially incapacitated. As a result. They stay…. They are continually abused and in a lot of cases, killed. Providing funds to give them the means to get out and the emotional support to know they are worthy is everything. They are worthy of better, of real love. ❤” – Viola Davis

“Behind the closed doors of the COVID-19 pandemic a hidden pandemic of domestic violence against women has disturbingly surged in every country around the world. This appalling situation desperately needs to be addressed and this is why I stand in solidarity with CARE, the Charlize Theron Africa Outreach Project and the Entertainment Industry Foundation in the ‘Together for Her‘ campaign. Millions of women’s lives are at stake at the hands of their violent abusers. We cannot allow this situation to remain invisible. It MUST be addressed and prevented!” – Annie Lennox

“As a survivor myself, it makes me shudder imagining having to endure quarantine in a violent situation. Domestic violence was already a worldwide epidemic, but this pandemic is only exacerbating the issue in a terrifying way. We cannot ignore or forget the victims who need help and attention during this time.” – Melissa Benoist

“It’s such a vulnerable time for so many people right now but it’s especially critical for women who are victims of domestic and sexual abuse. I’m proud to support #TogetherForHer and their extensive efforts in providing assistance and resources to those currently in need.” – Michelle Monaghan

“I feel that now more than ever, in these times of quarantine and seclusion, there is a need for the vulnerable or trapped to have a voice, and if need be, a safe way out. I’m so honored to join my friend Charlize and THF to lend a hand in helping in any I way I can.” – January Jones

“I am thrilled to support Together for Her. During this time, togetherness and camaraderie is more important than ever. It’s important these girls and women understand they are not alone.” – Gabby Williams

“Throughout my career, I’ve always played tough women with a lot to say and I’ve been lucky enough to work alongside women who embody that spirit every day. Over and over, I’ve witnessed the power of women – both real and fictional – standing together, lifting each other up, and advocating for good. In times of crisis, that power is amplified. There is no more important time for strong and empowered women to come together than during an emergency when women become extra vulnerable to hardship and abuse. I’m joining Together For Her because no crisis is a match for our collective strength.” – Allison Janney

“In these trying times, I am so grateful to be able to support Charlize’s important work with the Together For Her campaign, to shine a light and lend support to the often very overlooked population of domestic violence sufferers. My heart goes out to so many vulnerable people,

who are struggling alone during these difficult days, and it’s more important than ever to reach out to them with our support.” – Patty Jenkins

“We left our home in Fortaleza, Brazil and immigrated to America when I was one-year old. My parents were worried about me growing up in a poor neighborhood where so much violent crime occurs, especially against women and girls. But since we moved to Beverly Hills, California, we’ve had to call the police several times on neighbors because of domestic violence. I’ve learned that gender-based violence occurs in all countries and communities, rich or poor.” – Rita Angel Taylor (RAT)

“Women are resilient and industrious. We rise up in the face of all kinds of challenges. In good times and also in times of hardship, women are the leaders in lifting up their families and communities. When you empower women, they in turn empower others, and the ripple effect is huge. This has been proven many times over. But even still, women face abuse at appalling rates. This is unacceptable. We all have a responsibility to help change this. I stand Together For Her because ending gender-based violence is not only the right thing to do, it is the best thing to do for the health of our global community.” – Kimberly Williams-Paisley

“I am more than proud to join Charlize Theron and other powerful, influential women to let women and children know that there is help for you. You are seen, valued and cared for. We want to make sure you get the help you need.” – Michelle Williams

“I am proud to be able to join Charlize, the Entertainment Industry Foundation, CARE, along with this amazing group of women, to unite together and help advocate and provide assistance for women and children who are victims of domestic and sexual abuse. They now more than ever need our support.” – Michelle Pfeiffer

Visit www.care.org/togetherforher to learn more about how you can get involved and stand Together For Her, including signing the petition to keep women Safe From the Start, tuning in to the Night of Solidarity on May 13 at 8pm ET on Refinery29’s YouTube , and more.