The History of Sunglasses 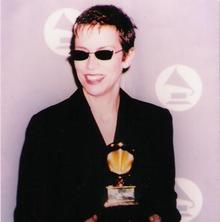 "The History of Sunglasses
The history of sunglasses can be traced back thousands of years though they were much different to those worn today and served a completely different purpose.

The Roman emperor Nero apparently liked to watch gladiatorial combat through polished gemstones though the first things resembling what we would know as sunglasses appeared in 12th century China. The lenses were made of smoky quartz and did go someway to protecting wearers from glare. These early sunglasses were actually used in courts to shield the expressions of judges when they questioned witnesses. Similar glasses were made in Italy in the 1400’s, also primarily for use in court cases.

Later in the 1750’s, James Ayscough experimented with tinted lenses, which he believed would correct certain vision problems. Glare protection was not a concern at this time.

By the turn of the 20th century sunglasses became more widespread and early silent movie stars rapidly took up wearing them before filming to shield their eyes from the right stage lights, which were often as bright as the sun itself.

In 1929, an American named Sam Foster began mass producing cheap sunglasses which were readily snapped up by beach goers in New Jersey and this period saw a massive upsurge in demand and the beginnings of sunglasses as a fashion accessory. Later, in 1936, Edwin H Land, with his patented Polaroid filter experimented making polarized lenses.

It is widely believed that sunglasses really became ‘cool’ during the second world war when people viewed photographs of prominent military figures such as General MacArthur wearing them. The popular wartime image of a GI in sunglasses made them become an aspirational item among young people all over the world.

Since then sunglasses have grown in popularity to such an extent that people can be seen wearing them even when it is not sunny, or even indoors. Movie stars, tycoons and musicians all seen wearing them add to the image."