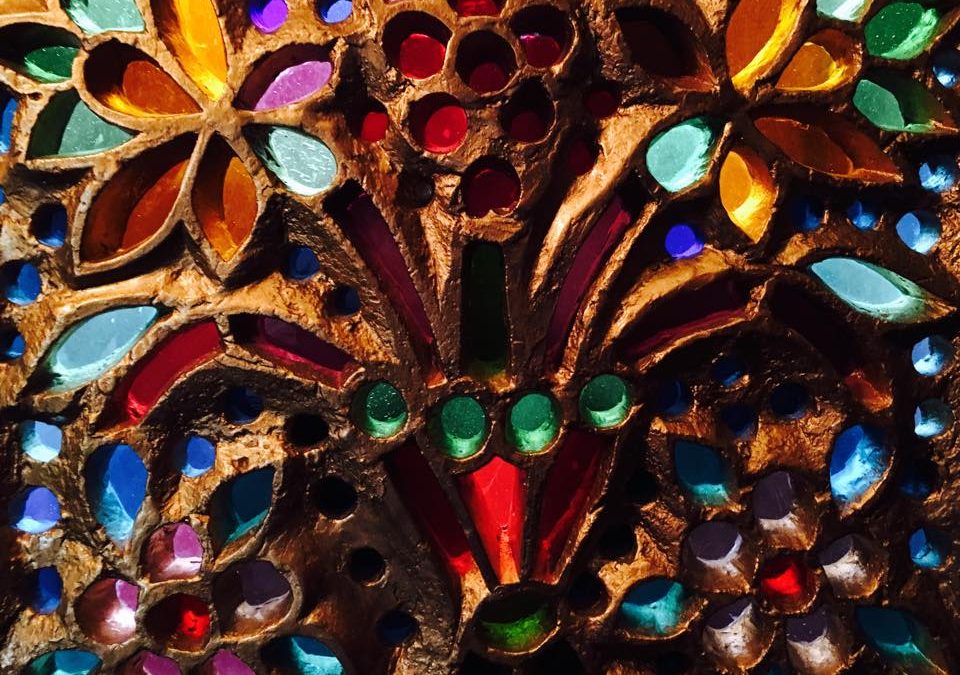 There was once a chicken named Elton. Elton was born into a regular family of hens that boasted brown feathers, red bills and scratchy pink claws. But Elton was different. He was born with rainbow feathers, a golden bill and blue glitter claws. As he grew, Elton tried hard to act like a normal chicken but his brothers and sisters would tease him – ‘Cant you be normal Elton’? ‘All you do is look strange and dance around the chicken coop by yourself’. ‘We just don’t understand you’! One day as his roost fought over chicken meal, Elton’s ears perked up to a distant sound that floated through the air like a cool iridescent breeze washing over his wayward soul. It was music – Funk music. Upon hearing those hard heavy rhythms and saintly melodies, Elton knew that there was something in the world that made him feel happy. That there were musicians who made music for everyone to share and love and that having rainbow feathers did not matter. ‘Screw this damn chicken coop’! Elton clucked and he scuttled out the door towards the far away beat.The sun was beginning to set across the outside woods. Elton didn’t have long to find the source of the music before darkness would envelop him. His ear’s perked up to the sound of a voice singing ‘DANCE TO THE MUSIC – DANCE TO THE MUSIC’! Elton stepped forward, his blue glitter claws shuffling to the rhythm. He spun in a circle and then burst into the funkiest of funky dances his little rainbow body could do. He knew that he was on the way to some magic.The sound of the music grew louder as he grew closer. Finally, just as the moon was propelled against the night’s sky, Elton saw a stereo. The stereo was pumping a song about Papa’s Brand New Bag, yet there was no one to be seen. Downcast, Elton sat on the grass and began to cry little chicken tears. As much as he loved the music, the more he cried. The stereo switched to a song that reminded him of cold, lonely nights in the chicken coop ‘I would rather go blind than to see you walk away from me child.’ The music was so beautiful, but it wasn’t enough. Elton wanted to find a friend to dance to the music alongside; he wanted a city of bright lights and late nights to ruffle his feathers; he wanted acceptance for who he was and to find pride for his rainbow feathers, golden beak and blue glitter claws. The stereo just wasn’t enough.‘Well,’ he thought. ‘I’m going to have to find my way back to the coop and live the rest of my life as an outsider, unaccepted by those who are meant to love me for who I am.’ He stood up – took a step, but then heard a loud ‘Baaaaah’. ‘Baaah’! ‘Stop’! ‘Come back’! ‘What’s your name Sonny’? Elton turned and saw a black sheep with red shiny moon boots and a hip flask swaying by the stereo. ‘Ummm, I’m Elton’ he replied. ‘I heard your music and ran towards it in a disco-ed up trance’. ‘It just made me feel so alive and free that I had to know where it came from.’‘Oh I hear you Sonny, I hear you!’ said the Black Sheep. ‘You see, I’m on my way to the very city where this music is played on every street corner, house and bar’. ‘All the outcast animals flock there’. ‘We stay up late dancing till the sun says hello’. ‘Follow me – I’ll take you there’! ‘You can say goodbye to feelin’ outside, coz it’s all good vibes in our animal tribe.’This was all Elton needed to hear. He believed he could find happiness in music and find a family amongst the other odd ball animals. ‘Yes’! Lets go’! ‘This is it’! He exclaimed. The Black Sheep hit the stereo play button and together they started their boogie towards a place where a Rainbow Chicken or a Black Sheep could live, love, laugh, dance and be celebrated for whoever they were.