Royal baby fever is abundant in the UK 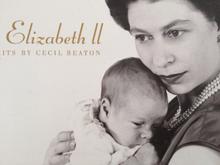 Royal baby fever is abundant in the UK.. I just hope this young family are allowed a little space to get at least some semblance of  privacy and normality. The culture of celebrity seems to be even more rapacious than it ever was before. They (William and Kate) seem to handle it with exceptional grace and dignity. Back in the day, there was a certain veil of protective exclusivity cast around the monarchy, but that boundary was smashed a few decades ago. I came upon this Cecil Beaton portrait of the Queen cradling  Prince Andrew, and thought it was rather poignant in a way..How time marches on…Funny creatures human beans.