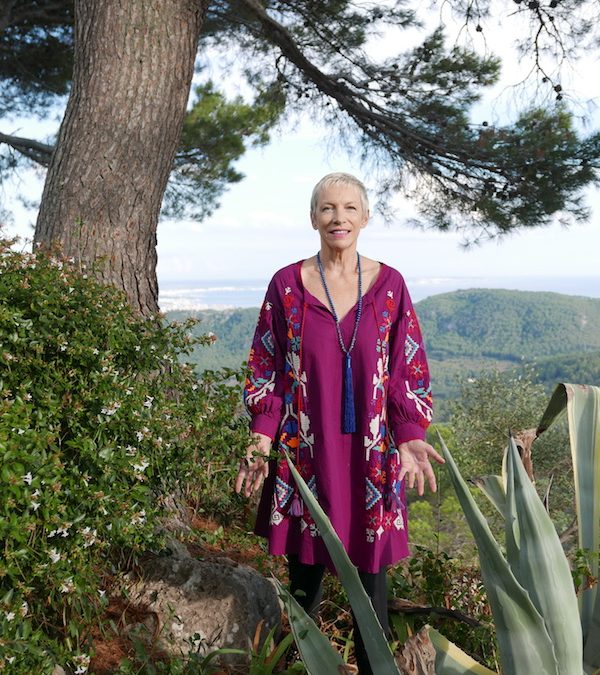 More than 100 of the UK’s irreplaceable ancient woodlands, and the wildlife they support, such as endangered bats, butterflies and barn owls are facing what could be their last Christmas, as the £100billion+ mega project HS2 awaits a decision from our government that could allow their destruction.

Annie Lennox (music), Chris Packham (starring) and Emma Thompson (voiceover) have joined forces to contribute to a film aimed at inspiring people to come together in what could be a last chance to Stand For The Trees. Our government needs to know that a green army are amassing who will not let our irreplaceable natural history be destroyed; this is one Christmas ad everyone needs to see.

The film, directed by Ornette Spenceley, portrays the relationship of an 8 year old boy and the wood he plays in. On encountering HS2 workers destroying his wood, he takes a decoration, a robin, from the Christmas tree in his home, and places it on the branch of a tree in the wood. A lady with a dog encounters the tree and returns to add her own decoration … more people do the same … word spreads and soon a delighted boy returns to find a whole community gathered around a fully decorated ancient tree. The whole community has come together for the trees.

Those who see the film will be able to sign a pledge to Stand For The Trees and recruit others to do the same.

The film was shot entirely in Jones Hill Wood, the ancient woodland Roald Dahl based his story ‘The Fantastic Mr Fox’ on, which is one of the 108 ancient woodlands set to be destroyed by HS2. The wood is owned by Richard Stewart-Liberty, grandson of the founder of Liberty’s, and the surrounding farmland is owned by the Bunce’s, one of the farming families in the book, who try to kill the fox. In a unique twist of fate, the Bunce’s now find themselves supporting the campaign to save the wood and all the wildlife it supports.

The film supports the #ReThinkHS2 campaign of leading environmental organisations including Client Earth, Friends of the Earth, Greenpeace, The Ramblers, RSPB, The Wildlife Trusts, The woodland Trust and WWF.

Annie Lennox, who contributed to the film soundtrack with an acoustic version of her song ‘Why’, produced by Mike Stevens, said, ‘I’m honoured to support this campaign with one of my songs. ‘Why?’ is the question we must all ask ourselves in a time of Climate and Ecological Emergency. Why do we continue to destroy Nature… our precious life support system? Ancient woodlands have stood for hundreds of years and evolved to support whole eco-systems of their own. Destroying these irreplaceable trees is equivalent to demolishing National Trust properties to make way for shopping malls. That’s why I’m standing for the trees’.

Emma Thompson said, ‘HS2 is and has always been an overpriced white elephant. Ours is one of the most nature depleted countries in the world, so when we create new train lines they must avoid irreplaceable ancient woodlands. Nothing else makes sense. It’s time to stand for the trees’.

Chris Packham describes the threat of HS2 as: ‘Catastrophic …. the largest deforestation process that we’ve undertaken in the UK since the first world war, at a time we know we should be reforesting the environment, not taking it down. The wildlife that we’ve got, we should be fighting tooth and nail to protect. These cathedrals of biodiversity cannot be replaced. You can rebuild Notre Dame and it will look pretty much the same, but if you cut these woods down you cannot rebuild them by sticking in a few saplings. Let’s stand for the trees’.

A spokesperson for the ReThinkHS2 campaign said, ‘In the face of the Climate and Ecological Emergency, the world is increasingly waking up to the potential of trees to help rescue us, through absorbing emissions that warm our planet, helping to keep it cool. Tree planting initiatives are appearing everywhere, although globally, we’re still losing around 10billion trees every year. We hear a lot about the loss of the Amazon and the Indonesian Rainforests, but not the ancient woodlands set to be destroyed on our own doorstep. We need to look after our own backyard too’.