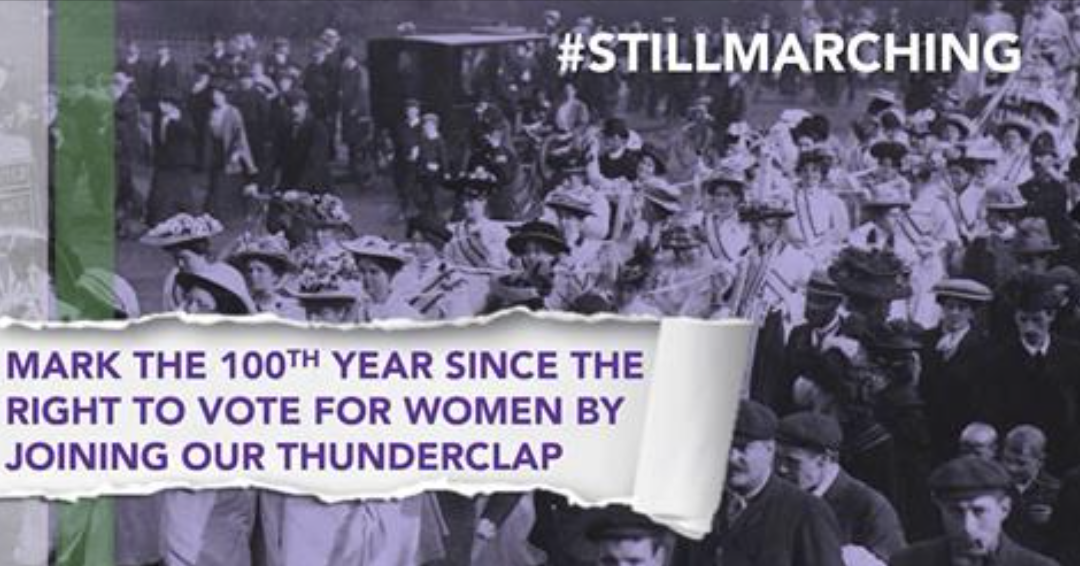 2018 marks 100 years since the first women (and only some of them) were legally allowed to vote in the UK. The year is full of opportunities to look back at how far the UK has come in women’s political participation – but with women making up barely a third of MPs, the answer is still ‘not far enough yet!’ That’s why theCentenary Action Group was created.

The Centenary Action Group brings together over 70 women’s organisations, political parties, key individuals and action groups to campaign for the Centenary to help deliver real change for women in the UK and worldwide. We want:

We have come together to say that even though some women got the vote 100 years ago, we are #StillMarching in the UK and around the world for women’s right to take part in the decisions that affect their lives free from harassment and abuse.

I support this initiative with all my heart and ask if you’ll join in too!!!

If you want to be part of a stronger – bigger – bolder voice for girls and women’s rights.. here’s a way to make the thunder clap sound even louder #StillMarching

CLICK HERE TO JOIN US IN THE THUNDERCLAP TOMORROW