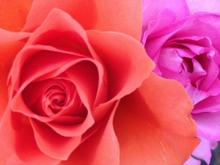 I’m sending out some roses from my small corner of the world to all the other small corners of the world where they might be received..and I’ve copied something I received from a friend, although I don’t know which newspaper it was printed in.
It’s the copy of letter written by a man with a London address, who sent a newspaper his perspective on the Gordian knot of complications issuing from the situation in the Middle East.
It’s not my perspective, or viewpoint….I have very little understanding of all the complexities, but I wanted to share this in any case..As I’ve said before..the only objective should be how to create sustainable peace, but there are always so many other interests at stake to prevent this…See if you can work this out – my head’s spinning from it.