Mummys and Daddys.. It’s down to you 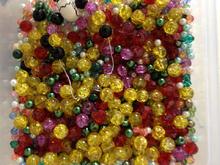 A certain amount of interest has been generated from my recent blogs, in that they’ve been reproduced in a variety of global publications. I wanted to address an issue that I feel is relevant and important- the hyper sexualisation of musical performances in the context of young fan bases …or…"the blurring of pop with porn," (as headlined below in the most recent article in The Independent). I decidedly chose not to name names of any artists, because I wanted to focus on the phenomena rather than any particular individual. However… (and ironically )…Headlines beyond my control accompanied the quotations from my posts, contributing to the allure of sensationalism and engendering publicity for the very thing I’m taking issue with. Controversy sells records AND papers. Ironically and disappointingly this all pays into the hype and profiteering..A double whammy…. Duh and Aargh!!
What I’m saying amounts to a call out to all parents of young kids who are continuously barraged with a tidal wave of consumer phenomena that they feel they have little or no control over.
Mummys and Daddys.. It’s down to you to pick up the baton, or let it continue to erode the protection of your children.

Ps..We’ve all been reduced to the vacuity of the C word…"celeb".

Miley Cyrus! I thought I’d get the name out there straight away so you can be done with rolling your eyes. Far, far greater than the sum of her twerking parts, Cyrus has fast become the poster girl for an ongoing debate about pornified pop; raising more interest than the actually naked women in the hideous Robin Thicke video ever did.
After Sinead O’Connor, who has penned a fourth open letter to Cyrus, Annie Lennox is the most recent “celeb with experience” to add to the debate. Listening to Lennox on 5 live last night she made it clear that having pushed a fair few herself she is “All for boundary pushing” – although going a bit androgynous is small fry compared to swinging naked on a wrecking ball. Or is it?

I remember the release of Madonna’s ‘Erotica’ single when I was pre-teen in 1992. I seem to recall the video being showcased late at night (probably on Channel 4) and for obvious reasons then, never went mainstream. Now of course, I, and anyone with access to the internet, can watch it on YouTube without any warnings or restrictions. Age ratings and parental controls cannot touch young people’s access to the net, if the desire is there.

The ‘Erotica’ video is entirely appropriate. Not that this is key. It’s not ‘appropriate’ for me to douse myself in glitter each weekend but I do it anyway. I am all for people doing what they want to (so long as everyone consents).

I do not advocate censorship in creative terms but I am all for raising awareness of the damaging effects of the pornified sexuality seen in these videos; sexuality based entirely on male dominance and female subjugation. While porn has branded sexuality, selling it back to women in the guise of empowerment, the reality of it is far from sexy, and is it fast becoming mainstream. When Lennox was working her masculinity back in the 1980s she was genuinely stepping outside of the box – not simply writhing neatly within it. But no boundaries are being pushed in the Cyrus/Rihanna videos. A million twerks away from deviance, what we see is women toeing the line.