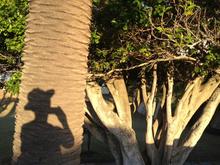 MASSIVE CONGRATULATIONS TO GREENPEACE AND ALL THE MANY NGO’S WHO DEDICATED TEN YEARS TO REACHING THIS ACHIEVEMENT!!!!

Jakarta, Indonesia, 5 February 2013 – Greenpeace hailed today’s commitment from Asia Pulp & Paper (APP) to end deforestation as a major breakthrough in efforts to save Indonesia’s rainforests, after a decade of public pressure and recent negotiations with Greenpeace. APP, one of the world’s largest producers of paper and packaging, has published a new ‘Forest Conservation Policy’ which, if implemented, could spell the end of its long and controversial history of rainforest destruction.“We commend APP for making this commitment to end deforestation, but it’s what happens in the forest that counts and we will be monitoring progress closely. If APP fully implements its new policies it will mark a dramatic change in direction, after years of deforestation in Indonesia,” said Bustar Maitar, Head of Greenpeace’s Forest Campaign in Indonesia.Indonesia’s rain forests are a vital habitat for endangered species including the Sumatran tiger and home to thousands of forest communities. The Indonesian government has identified the pulp and paper sector as a lead driver of deforestation in Indonesia, along with the palm oil sector.This move by APP is the result of years of pressure from Indonesian and international NGOs challenging its role in large-scale rainforest clearance, including vital wildlife habitat and areas claimed by local communities. Greenpeace’s campaign to transform Indonesia’s pulp and paper sector has seen ground-breaking investigations of APP’s operations and high profile campaigns around the world exposing the global brands whose paper and packaging is supplied from APP. Many global brands suspended contracts with APP and introduced policies removing deforestation from their supply chains after a wave of public pressure inspired by Greenpeace. Over 100 companies have taken action, including Adidas, Kraft, Mattel, Hasbro, Nestlé, Carrefour, Staples and Unilever.APP’s new commitment comes at a crucial time for Indonesia’s forests. The two-year moratorium on deforestation decreed by President Yudhoyono in 2011 expires in May this year.“We urge Indonesia’s government to use the momentum of APP’s move to strengthen and extend the moratorium, starting with a review of all existing forest concessions. As a matter of urgency, the government should improve enforcement of forestry laws to help companies like APP implement their conservation policies. Only concerted action from government, industry and Indonesian civil society can finally turn the tide of extinction facing Sumatra’s tigers,” said Maitar.APP, part of the Sinar Mas group, is one of just two global pulp and paper producers in Indonesia that has relied on rainforest fibre for its products used by household brands across the world. Greenpeace has today written to the CEO of APRIL (Asia Pacific Resources International), Indonesia’s second-largest pulp and paper producer, to ask when his company plans to make a similar commitment to end deforestation.

· An end to further development of any forested land, including peat forests.

· New protocols to ensure the principle of free prior and informed consent is implemented in any new plantation development, and for conflict resolution with communities affected by current operations.

· Monitoring of commitments by The Forest Trust, with independent observers from the NGO community.