…it’s par for the course here. 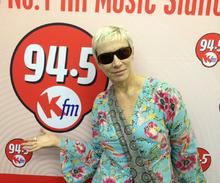 I’ve been doing the rounds in Cape Town’s radio broadcasting stations today..Trying to help to keep up the momentum and profile on gender violence in South Africa, and encouraging people to get engaged and activated on the issue.
It’s a massive challenge, because people have become fatigued and despondent in a country where the challenges are enormous, and leadership is not "leading by example"..I believe there is a groundswell of feeling about it though, and it could be an opportunity for people to start waking up and becoming pro active. I’m writing this, knowing that many of the NGO’s that have been doing excellent work in terms of victim/survivor counselling etc..are facing closure because of cut backs..At a time when it’s clear that there’s an epidemic of rape and abuse here that’s been going on for decades…
On Page 8 of today’s Cape Times…"The urgency of the need for action was again underlined last week, with the grim lists which have become so familiar: a teenager gang raped in Paarl; a woman who went to a police station in Herbertsdale to report a case of domestic violence apparently raped in the trauma room at the police station by a police officer: another policeman charged with raping a woman in the Free State, twelve men arrested in connection with a gang rape in Gauteng; two toddlers in critical condition after being raped in separate incidents in Limpopo.
It’s just so twisted and abnormal…but it’s par for the course here.