Isn't it time to wake up and smell the coffee? 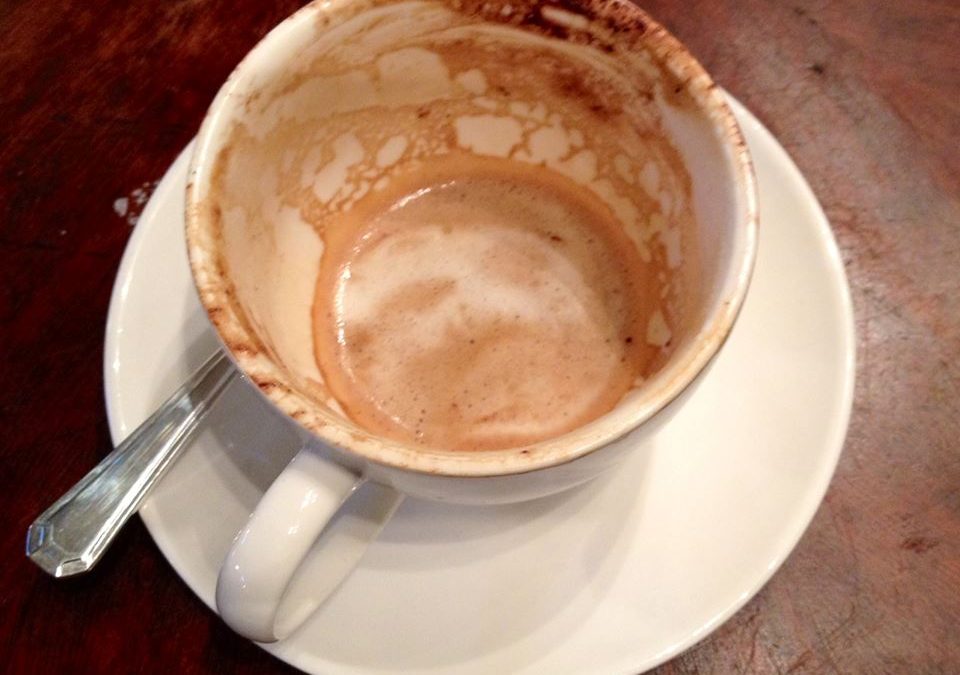 ISN’T IT TIME TO WAKE UP AND SMELL THE COFFEE?
I JUST RECEIVED THE FOLLOWING EMAIL FROM JAMIE WOOLLEY OF GREENPEACE…WHAT’S YOUR THINKING ABOUT CLIMATE CHANGE?
The devastating floods spreading across the country are causing havoc for everyone caught in their path, and arguments about who’s to blame for the current crisis are dragging on.Yet very few politicians or journalists are talking about what’s really causing the extremes of weather we’ve experienced in recent years: climate change. What I find particularly absurd is that environment secretary Owen Paterson – who is a key player in shaping the government’s policies on climate change, including tackling the floods – refuses to accept climate change is part of the problem. It doesn’t make sense.
We can’t afford to have a denier like Paterson in a position responsible for climate change, so tell David Cameron to replace him with an Environment Secretary who’s serious about climate change.
A few days ago, the Chief Scientist at the Met Office said the evidence suggests the floods are linked to climate change. She knows a thing or two about climate, as do other scientific advisors, yet Paterson has been ignoring them since he became Environment Secretary 18 months ago.The evidence keeps stacking up. He hasn’t had a single briefing on climate change since he took up the job, and we’ve heard he won’t even look at a document that so much as mentions it. He’s made statements in public about climate change which are factually incorrect, and also said that “people get very emotional about [climate change] and I think we should just accept that the climate has been changing for centuries.” If your house or business is currently underwater, you’d be emotional, and understandably so.This all explains why climate change spending in Paterson’s department has been cut almost in half since he took charge and staff working on it have been slashed from 38 to just six.
It’s insane. How can Cameron claim his government is serious about climate change when he has a denier like Paterson in such a crucial role?
Please sign the petition. Cameron has to get Paterson away from anything to do with climate change – he’s a complete liability who’s undermining any attempts to get a grip on the situation.
In exasperation,
Jamie
PS Very few people are making the link between climate change and the floods. Carbon Brief analysed newspaper stories on the floods and found that in over 3000 published since the beginning of December, only 206 mentioned climate change. If the media aren’t talking about it, it’s up to us – sign and share the petition telling David Cameron to get serious about the impacts of climate change.
Petition
https://secure.greenpeace.org.uk/page/s/tell-cameron-to-sack-paterson?source=email&subsource=20140211floem09&utm_medium=email&utm_source=gpeace&utm_campaign=20140211floem09&utm_content=2+-+Please+sign+the+petition