In Praise of Edinburgh…Scotland’s Capital City 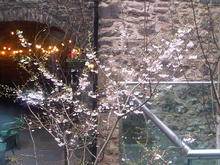 In Praise of Edinburgh…Scotland’s Capital City. I’ve always had a fascination for history. Wherever I go I check out the buildings, to get a sense of the time period they’ve emerged from. That’s one of the reasons why London is so fascinating. It has to have the largest collection of Victorian architecture on the planet. If you want to venture further North to Scotland however, Edinburgh has to be the first port of call. It has a great airport..the train station is housed right in the centre of the city, and if you’re a low budget traveller, the bus service will serve you well. From Princes Street you’ll see a small mountain, with an ancient castle on the top. The Castle Rock (as it’s called) stood at the centre of Edinburgh’s early settlements, and is still the focal point of the whole city. So visit Scotland..and start in Edinburgh!