I watched this incredible documentary 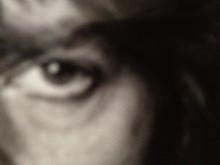 I watched this incredible documentary about the Rolling Stones a few days ago called Crossfire Hurricane. Even though I thought I had a sense of what Mick Jagger and the boys were all about then, the film transports you right back into those heady days of the 60’s, giving you a whole new sense of perspective, retrospectively. The combination of footage and editing is a special kind of genius. Looking back to that decade half a century later, you realise just how impactful the whole phenomena was. The United Kingdom viewed the world through a spectrum of black, white and grey until everything turned into technicolor. The footage of Mick Jagger transforming himself into a demi god as he leaps and writhes on stage captures a virtually paranormal experience. You forget how powerful the whole thing was. They spearheaded a youth movement that turned the entire Western civilisation on it’s head… smashing establishment rules and challenging the order of whatever was considered to be normal, while the corporate music industry as we’ve come to know it was still in nappies.