I saw “The Butler” last night 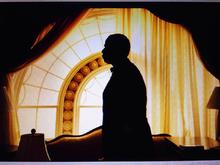 I saw " The Butler " last night and was deeply affected by it in a whole variety of ways. I wish that a film like this could have come out years ago…It presents part of the narrative of American history from the perspective of one man’s life. A black man growing up from a childhood background of Southern slavery to a different kind of servitude, as a butler in the White House in Washington, throughout three decades of various presidencies and socio/political changes. One of the most memorably poignant scenes was when the protagonist ( played brilliantly by Forest Whitaker) humbly and respectfully asks his supervisor whether the "coloured" staff might have a pay rise to match the salaries of their white counterparts.. A request that was consistently denied for years. It’s almost easy to forget that at the time of the Civil Rights movement, black people in the South of the US were segregated, just as in the days of Apartheid in South Africa. We have short memories. I’m grateful to the makers of this film for helping to keep the consciousness of that
memory alive. Everyone in America should see it, as well as the rest of the world.