I just read this newsletter 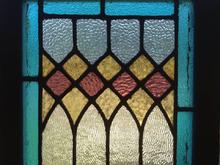 I just read this newsletter by Martti Ahtisaari the10th President of Finland, Nobel Peace Prize laureate, United Nations diplomat and mediator noted for his international peace work, and member of The Elders

As we marked World Refugee Day last week – and as I write this newsletter – more than 45 million people worldwide have been forcibly displaced from their homes and communities.

When I was two years old, I too became a refugee – an internally displaced person – in my own country. My family fled our native town of Viipuri when the Soviet Union attacked Finland in 1939. This early experience, seeing my world turned upside down by a war that had nothing to do with me, was a huge influence on my later efforts to support peace-building in other parts of the world.

Some see war and violence as inevitable. Having witnessed many conflicts, I have to disagree: wars are created by people and people can choose to end them. This will not happen while the parties are set on victory instead of compromise; while they prioritise the political and economic interests of one group over our common humanity. But if the political will does exist, there is no conflict that cannot be resolved.

This is important to remember as we look at Syria today: the civil war is devastating and complex, but it is not intractable. As one relief agency pointed out in a guest blog last week, “ultimately there can be no humanitarian solution to a political problem.” It is the warring parties who are responsible for this conflict; only by bringing them to the negotiating table can Syria have peace.

If conflict is rooted in an ‘us’ and ‘them’ approach, peace-building is precisely the opposite. In a post-conflict society, political leaders have to get past that adversarial mindset and involve everyone – weak and powerful, victor and vanquished, young and old – in addressing their common challenges and building a future, together.

This process can be just as difficult as reaching a peace agreement in the first case, as we heard recently from a group of young people from Northern Ireland, who do not directly remember the sectarian violence of ‘The Troubles’, but are living with its legacy even today.

Our personal histories are all, in one way or another, shaped by the legacies of conflict. But as profound and deep-rooted as our differences may be, it is in our power to redefine those legacies. Whether in Syria, Northern Ireland or elsewhere, we must recognise that ‘peace’ is not something you can win; it is something that must be built and shared.