I have to say that I’m disturbed and dismayed by… 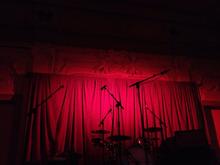 I have to say that I’m disturbed and dismayed by the recent spate of overtly sexualised   performances and videos. You know the ones I’m talking about. It seems obvious that certain  record companies are peddling highly styled pornography with musical accompaniment. As if the tidal wave of sexualised imagery wasn’t already bombarding impressionable young girls enough..I believe in freedom of speech and expression, but the market forces don’t give a toss about the notion of boundaries. As long as there’s booty to make money out of, it will be bought and sold. It’s depressing to see how these performers are so eager to push this new level of low.Their assumption seems to be that misogyny- utilised and displayed through oneself is totally fine, as long as you are the one creating it. As if it’s all justified by how many millions of dollars and U tube hits you get from behaving like pimp and prostitute at the same time. It’s a glorified and monetized form of self harm.