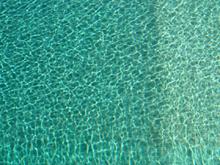 Water – otherwise known as the chemical compound H2O … A liquid at standard temperature, which becomes solid when frozen, and vaporises when it’s heated.
Water covers 71% of the Earth’s surface and is vital for all known forms of life….ie.. We can’t exist without it!
96.5% of the planets’ water is found in seas and oceans, and only 2.5% of the Earth’s water is freshwater.
Less than 0.3% of all freshwater is in rivers, lakes and the atmosphere. Safe drinking water is essential to humans and other lifeforms, even though it provides no calories or organic nutrients. Access to safe drinking water has improved over the last few decades, but approximately 1 billion people still lack access to safe water, and over 2.5 billion lack access to adequate sanitation.
Aren’t you grateful every time you turn on the tap…? Actually, I’m still amazed to be so have such an incredible privilege. Every time I step under a hot shower, I say "thank you".