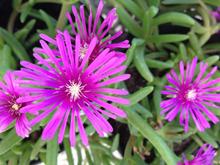 Earlier today I took myself down to St George’s Cathedral in the centre of Cape Town to join a silent demonstration being held under the banner of Women Demand Dignity.
After the rape and murder of 17 year old Anene Booysen on February 2nd, there is a sense that people are starting to look for some transformative change.
Although it was heartening to be able to take part, I also have to admit that I felt somewhat disappointed by the fact that it was relatively tiny in scale.
That’s no reflection on the organisers, but more of an observation that, although people feel a sense of outrage, there is definitely not enough organised action taking place.
I gave a few interviews, but was genuinely shocked to be told that the media only came down because they were told I’d be there …i.e… a "celebrity". ( in their view)
Eighteen years ago, South Africa finally won the struggle against apartheid. It took vision, sacrifice, dedication and collective effort to achieve that goal.
Now one of the biggest challenges this country faces is the epidemic of gender based violence which has been raging for years.
Thirteen years ago, 14 year old Valencia Farmer was gang raped and stabbed to death ( 53 times). In spite of pledges made by police and politicians that they would put a stop to the high rape rate, Valencia’s mother is quoted as saying that nothing has changed. Will it take another thirteen years before a tipping point can be created? There is an opportunity ( and moral imperative) to create lasting and effective change right now.
How many more children will have to die before anything’s done?