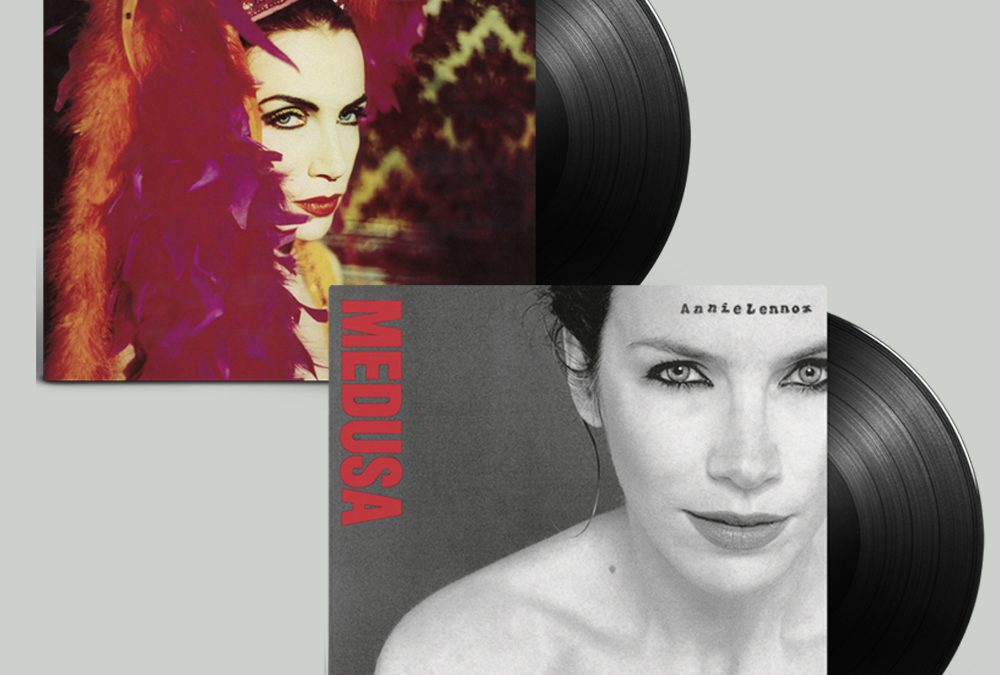 Produced by Stephen Lipson and written by Lennox herself, Annie’s debut solo album Diva was originally released in 1992. Certified quadruple platinum in the UK (where it has sold over 1.2million copies), Diva debuted at no. 1 in the UK albums charts and was the 7th best-selling album of the year. It debuted in the top 10 of over ten other countries on release, and is certified double platinum in the U.S. (where it has sold over 2 million copies). Critically acclaimed worldwide, Diva has been described as “state-of-the-art soul pop” by Rolling Stone magazine (who included it in their “Essential Recordings of the 90’s” list). It won ‘Best British Album’ at the 1993 Brit Awards, where Annie also won ‘Best British Female Artist’, and was nominated for ‘Album of the Year’ at that year’s Grammys, where it won the ‘Best Long Form Music Video’ for the Sophie Muller directed accompanying video album.

Lennox’s second solo album, Medusa, also produced by Steve Lipson, was originally released in 1995. Consisting entirely of cover songs, Medusa, has sold over 6 million copies worldwide to date, and is certified double platinum in both the U.K. (where it debuted at no. 1 in the albums charts), and the U.S., (where it spent 60 weeks in the Billboard 200 charts). Medusa yielded four singles, including ‘No More I Love You’s’ which entered the UK Singles chart at No. 2 (Lennox’s highest ever solo peak), and won ‘Best Pop Vocal Performance (Female)’ at the 1996 Grammys and was nominated for ‘Best British Single’ at the 1996 Brit Awards where Annie won ‘Best British Female’ for the second time.

In addition to the re-release of Diva and Medusa albums, spring 2018 will also see Annie Lennox share thoughts, memories and reflections during a one night only event of conversation, musical performance and visual imagery at Sadler’s Wells Theatre on 4th March. All proceeds from the evening, ‘Annie Lennox – An Evening of Music and Conversation’, will be donated to The Circle, the charitable organisation she founded to help create transformative change in the lives of girls and women facing the challenges of disempowerment across the globe.