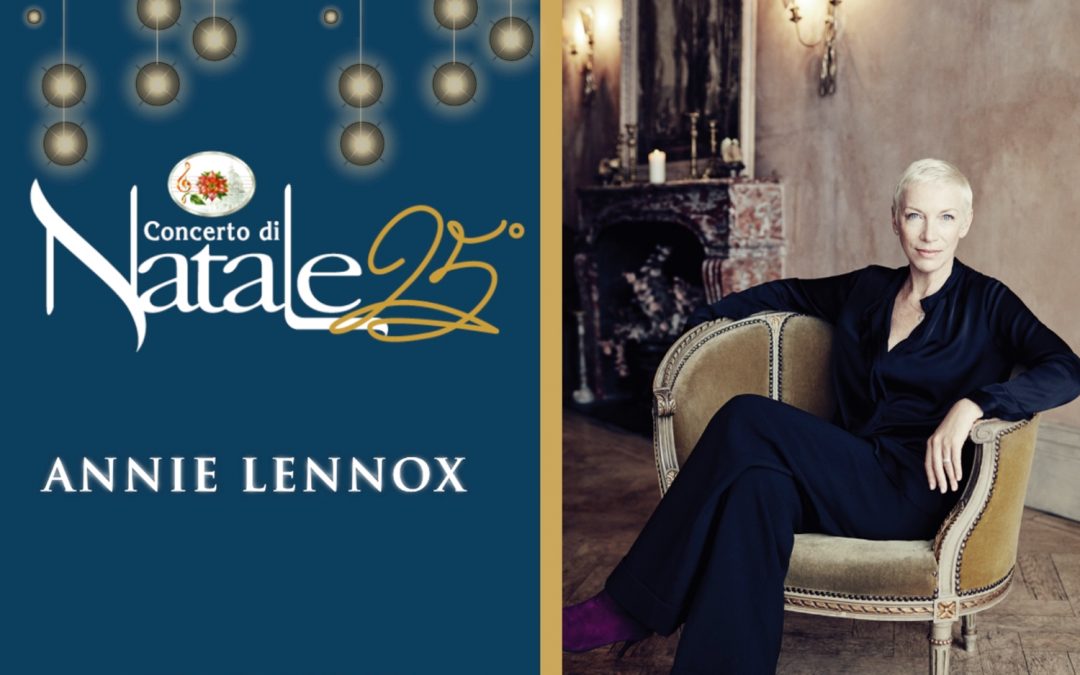 Annie Lennox will participate in the 25th Christmas Concert which will take place on 16 December 2017 at the Aula Paolo VI in the Vatican under the patronage of the Congregation for Catholic Education.

The legendary Scottish singer, songwriter and human rights activist who recently became the first female Chancellor at The Glasgow Caledonian University, rose to fame with Eurythmics, selling over 80 million albums.

During her career, Annie Lennox has received numerous international accolades including 8 BRIT Awards (including for Lifetime Achievement)

The Christmas Concert aims to contribute to the cause of two Foundations: the Scholas Occurrentes Foundation, created by Pope Francis, when he was still Archbishop of Buenos Aires, and the Global Don Bosco Foundation.

Both projects focus on the means of digital communication: one aims to save children working in semi – slave conditions in Congolese cobalt mines, extracting a metal which is an essential ingredient for the manufacture of computers and smart phones.

The other project promotes the education of students regarding the proper use of digital communication, with a view to avoiding and fighting cyber bullying.

The proceeds from tickets sales, as well as the donations to the solidarity sms number 45549, will be entirely dedicated to these two projects.

The concert, produced by Prime Time Promotions, will be broadcast on the Italian Canale 5 prime time on Christmas Eve, 24 December.

Tickets can be purchased on line on the site www.concertodinatale.it or at the Vatican Post Office in Piazza San Pietro (Open on Monday to Saturday from 8:30 to 18:30 and on Sunday  from 9:30 to 17:00).

For information on attendance and sale of tickets, please visit the site www.concertodinatale.it