Annie Lennox to receive Lovie Award Person of the Year 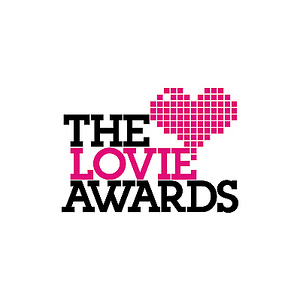 London, Tuesday 27th September 2016: The Lovie Awards, the most prestigious pan-European honour for online excellence, announced today that VICE Media, One Direction, The Guardian, Condé Nast Spain, Die Welt, and Turkcell, as well as services Zopa, Deezer and ProtonMail are among the Winners who will be celebrated at The 6th Annual Lovie Awards on Thursday, 27 October 2016 at The British Film Institute Southbank in London. This year’s Winners will be recognised alongside Special Achievement Honourees in attendance including Annie Lennox, Yann LeCun, Romain Gavras, Süddeutsche Zeitung and Fairphone.

Lovie Person of the Year: Annie Lennox
Ms. Lennox expertly and relentlessly uses social media to leverage her platform and outreach to create a better world for others. She proves by example that the Internet can be utilised as a highly effective tool to amplify messaging in terms of global advocacy and activism. Her efforts abound, from working with organisations such as Oxfam, Amnesty International, Comic Relief, Greenpeace, 46664, UNAIDS and The British Red Cross, amongst countless others, as well as promoting gender empowerment through the organisation she founded, The Circle.ngo.

Lovie Lifetime Achievement: Yann LeCun
Mr. LeCun is a pioneer in the creation of neural networks and his contribution to the science of machine learning, mobile robotics and computational neuroscience is legendary. As a founder of Neural Nets, LeCun applied biological methods of perception to computer processors. Currently continuing his forward-thinking work as the Head of Artificial Intelligence at Facebook, LeCun is delivering his genius and life’s work into the hands of a global user base.

Lovie Artist of the Year: Romain Gavras
Mr. Gavras has had a big career as a music video director for artists like Kanye West, Jay-Z and M.I.A.; but it is his latest, Internet-native video—for Jamie XX’s song “Gosh”— that cements him into the canon of modern artists who fearlessly create work for a global online audience, with unabashed vision. With the remarkable artistic decision to cast 400 people and to forgo any CGI or 3D effects, Gavras turned out a stunning work of art that ranks among one of the most visually appealing, and interesting, original online music videos today.

Lovie Be Greater with Data Award: Süddeutsche Zeitung
Breaking the story of the Panama Papers, which is the largest data leak in history, Süddeutsche Zeitung set a new standard for online research and reporting. By organising a global team of reporters in partnership with ICIJ (International Consortium of Investigative Journalists), to collaboratively parse, annotate and research the immense amount of data—almost entirely through a special online system—they revealed the secretive dealings of 214,000 shell companies on the world stage.

Lovie Emerging Entrepreneurs: Bas van Abel, Miquel Ballester Salvà and Tessa Wernink (Fairphone)
Fairphone’s socially-enterprising endeavour is an example of futurism put into practice. It is Fairphone’s cause to simultaneously push the technology of smartphones forward for consumers—through their own design of a modular Android smartphone built to last—while simultaneously minimising harm to the planet through responsible manufacturing and mining practices. Fairphone is changing our culture of consumerism for the better, and taking a proactive role in protecting our climate.

Other highlights from the 6th Annual Lovie Awards Winners include:

New for 2016 is the top honour of Lovie Agency of the Year, going to Cheil Germany, the agency with the most success across all Lovie Awards categories. Highlights from the 6th Annual Lovie Award Winners in Online Advertising include:

The Lovie Awards is supported by Google for the third year running as premiere sponsor, joining the Lovie commitment to shining a spotlight on the European Internet’s best and brightest.