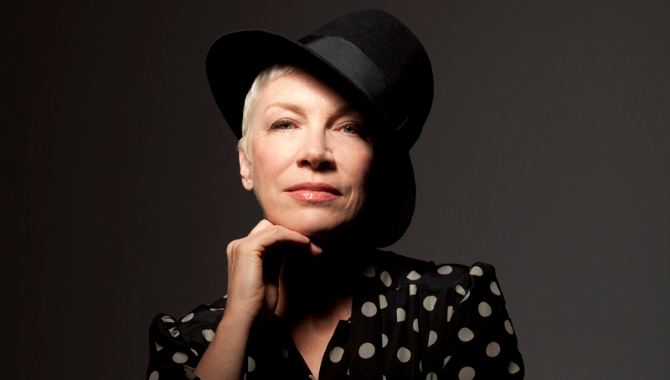 Singer-songwriter, activist, and iconoclast, Annie Lennox is one of the most universally renowned artists in pop music history. Named one of The 100 Greatest Singers of All Time by Rolling Stone, Lennox has won more Brit Awards than any other female artist in history (8 in total), plus 4 GRAMMYs, 4 Ivor Novellos, an Academy award, a Golden Globe and a Billboard Century Award. Including her work within Eurythmics, Annie Lennox has released 13 studio albums and sold over 80 million records worldwide, contributed to the soundtracks of a plethora of films, and performed at a string of seminal global events – including Live 8, the inaugural concert for Nelson Mandela’s HIV/AIDS Campaign 46664 and the 2012 Summer Olympics Closing Ceremony – over and above completing numerous worldwide tours. In addition to her artistic achievements, Lennox is a celebrated humanitarian and activist. On September 30, Blue Note Records will releaseNostalgia, Lennox’s seventh solo album on vinyl and on October 21, the Deluxe CD will be released. Produced by Lennox and frequent collaborator Mike Stevens, the 12-track collection features fresh and hauntingly beautiful takes on iconic American compositions that continue to resonate as we face the complexities of modern life – songs like “Memphis In June,” “Strange Fruit,” “I Can Dream, Can’t I?” and “God Bless The Child.”   Please join us, just days before the release of Nostalgia, as we welcome back Lennox to The Clive Davis Theater for the latest installment of our popular The Drop series. Moderated by Vice President of The GRAMMY Foundation and MusiCares Scott Goldman, Lennox will speak about the making of her latest album, take audience questions and will perform.
Click here to find out more