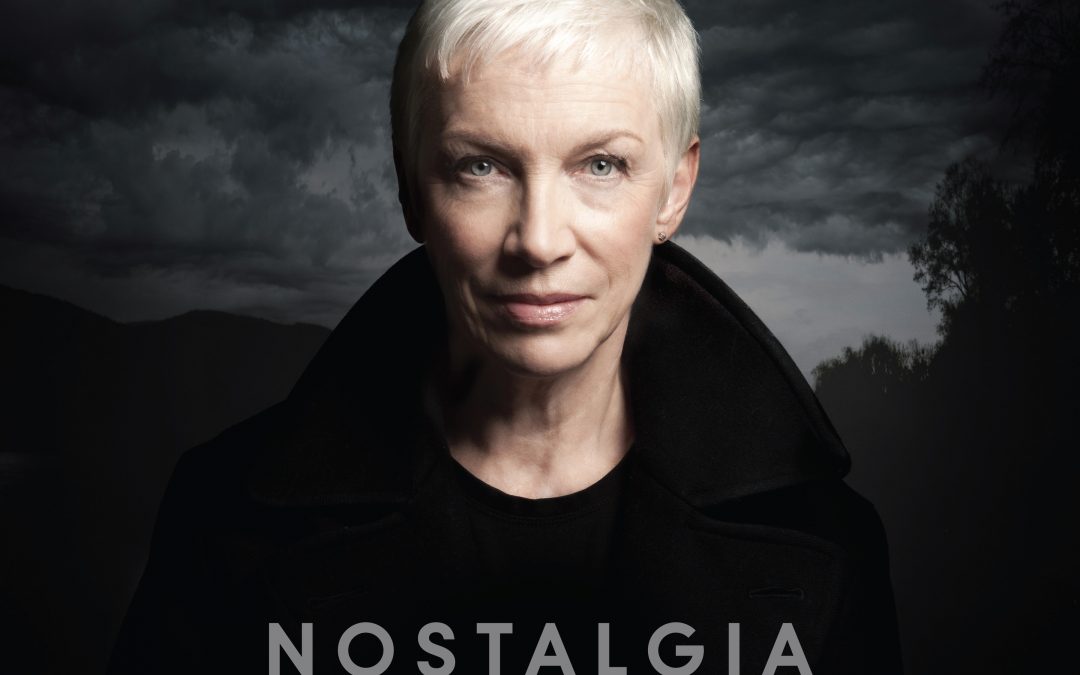 One of the most successful and talented artists in pop music history is back – and back like you’ve never heard her before.
On October 21st (US)/ October 27th  (Rest Of World) 2014, Annie Lennox releases her seventh solo album. Nostalgia is a collection of the iconic singer’s impassioned takes on standards primarily from the 1930s and 1940s, many of them popularized by the likes of Billie Holiday, Nina Simone, Jo Stafford and Louis Armstrong.
Nostalgia will be released on September 30 on vinyl in the US (Oct 27th Rest Of World)– the format the album was intended to be heard in – allowing listeners to experience Lennox’s interpretations of these classic songs as they would have sounded when they were first introduced in the 1930s, 1940s and 1950s. (See below for track listing.) The packaging for Nostalgia, which was created by Lennox herself, is stunning. The vinyl will be contained in a gatefold jacket that will also include a 12-page book, which contains photos and lyrics.
The albumwill be available digitally, on CD and in a deluxe CD/DVD edition on October 21 (US), October 27th (Rest Of World). The deluxe CD/DVD package, which will be available exclusively at Amazon, will include Nostalgia plus a 36-page book with photos and detailed notes on the songs and lyrics as well as a DVD that features Annie discussing the album and a video of Lennox performing “I Put A Spell On You” live.
Click here to watch the album trailer
Click here to visit the new Nostalgia site
(We’ll be adding new content including videos and interviews over the coming weeks so keep checking back!)
PRE ORDER
Amazon | iTunes | Annie’s Store
Click here to watch footage from the USA album preview event

Nostalgia is the result of hours Lennox spent perusing vintage recordings and video performances of songs from the Great American Songbook, particularly those rooted in the blues. “I was just curious,” says the songwriter and singer of Summertime, I Put a Spell On You and Strange Fruit and other, less-widely known songs such Mood Indigo andSeptember in the Rain, “I thought, ‘I wonder what my voice would be like. Would these songs suit my voice?’ It was like a little challenge. I just sort of got to know them, became friends with them really and had a great deal of joy in the process.”
The music on the album was mostly played by Annie alongside her long-time collaborator and co-producer, Mike Stevens and was recorded in his West London studio. Finding Lennox at her most soulful, Nostalgia brings levels of depth and warmth to songs that primarily originated from the civil-rights era.
Nostalgia will be released by Island Records in the UK and internationally, and by Blue Note Recordings in the US.


Nostalgia Track Listing
Memphis in June
Georgia on my Mind
I Put a Spell on You
Summertime
I Cover the Waterfront
Strange Fruit
God Bless the Child
You Belong to Me
September in the Rain
I Can Dream, Can’t I?
The Nearness of You
Mood Indigo
PRE ORDER
Amazon | iTunes | Annie’s Store