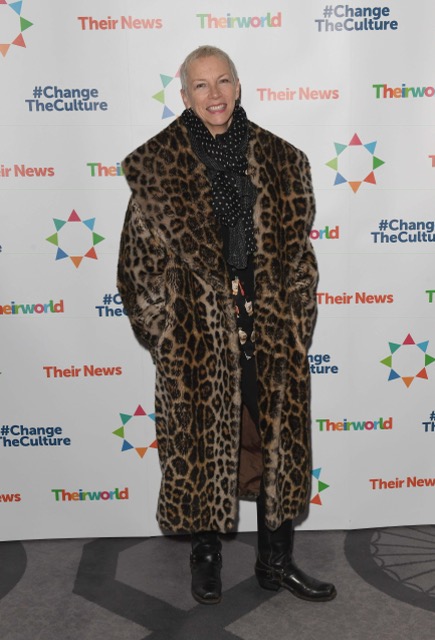 The theme of the breakfast meeting was #ChangeTheCulture  – a challenge to end violence against girls and women around the world.

Doctor Who star Pearl Mackie read a harrowing and defiant letter to the audience from a woman in the Democratic Republic of Congo, titled Hello To You My Rapist.

The letter was written by a courageous woman called Tatiana who was brutally assaulted by a gun-wielding soldier. It forms part of a book she is writing.

Cressida Dick, the first female commissioner of the Metropolitan Police, told the audience:

“There is no better time to be talking about these issues and in keeping with this year’s International Women’s Day theme, to press for progress, on the crimes that affect women and girls the most. Because, let’s be frank, 52% of London’s population is female – we are the biggest demographic group in the capital.

“Some of the crimes that affect women and girls are often referred to as “hidden crimes”, taking place behind closed doors and more often than not away from public view. Domestic abuse, including harmful practices such as honour-based abuse and forced marriage, and of course FGM, are all largely “gendered” offences.

“The hidden nature of these offences can make them harder to uncover, investigate and prosecute – the police’s central role in the fight against crimes affecting women and girls. This makes the need for us to work even more closely together to change the culture more imperative than ever – to engender confidence among girls and women to report these crimes, to speak out about them wherever they are encountered and stop them – doing this needs to be ‘Everyone’s Business’. That is the only way we can tackle the long-lasting impact of such intimate crimes.”

A special award was made to a new Global Survivors’ Movement working to end sexual violence in war. The movement consists of women from 14 countries and Theirworld awarded two survivors, Nadia and Esperande for their efforts to #ChangeTheCulture, on behalf of all those women speaking out and fighting for change.

Sexual violence in warfare is a common and deliberate military strategy, that leaves girls and women not just physically scarred but often facing shame and stigma in their own communities. In Rwanda, up to 250,000 women were raped during the three months of genocide in 1994. It is estimated that more than 60,000 women were raped during the civil war in Sierra Leone (1991-2002) and at least 200,000 in the Democratic Republic of the Congo since 1998, where Dr. Denis Mukwege’s Panzi Hospital is located. These numbers are likely an underestimation of the true number of victims, largely due to underreporting and fear of stigmatisation.

Both Nadia and Esperande are part of a newly launched Survivor Network, supported by the Dr.

Denis Mukwege Foundation. The network aims to support other women around the world who are victims of sexual violence due to war. It inspires other survivors to speak out and break the stigma associated with rape and sexual assault.

Singer songwriter, political activist and philanthropist Annie Lennox and The Circle were also awarded for their remarkable work empowering, supporting, connecting and inspiring women to become advocates and change agents.

BBC’s Chief International Correspondent Lyse Doucet received a surprise #ChangeTheCulture award from Sarah Brown, being honoured for bringing audiences compelling stories from around the world for the past 30 years – sometimes risking her life in some of the most violent and terrifying situations. This year Lyse presented an outstanding series called ‘Her story made history’ where she interviewed remarkable women about the relationship between women and democracy.

Theirworld President Sarah Brown said it was “an honour” to celebrate the bravery and dedication of all the women awarded for their individual efforts to #ChangeTheCulture.

Guest were all urged to continue the discussion going after the event, to keep the conversation of women’s equality and safety top of mind and to ensure work to #ChangeTheCulture continues.