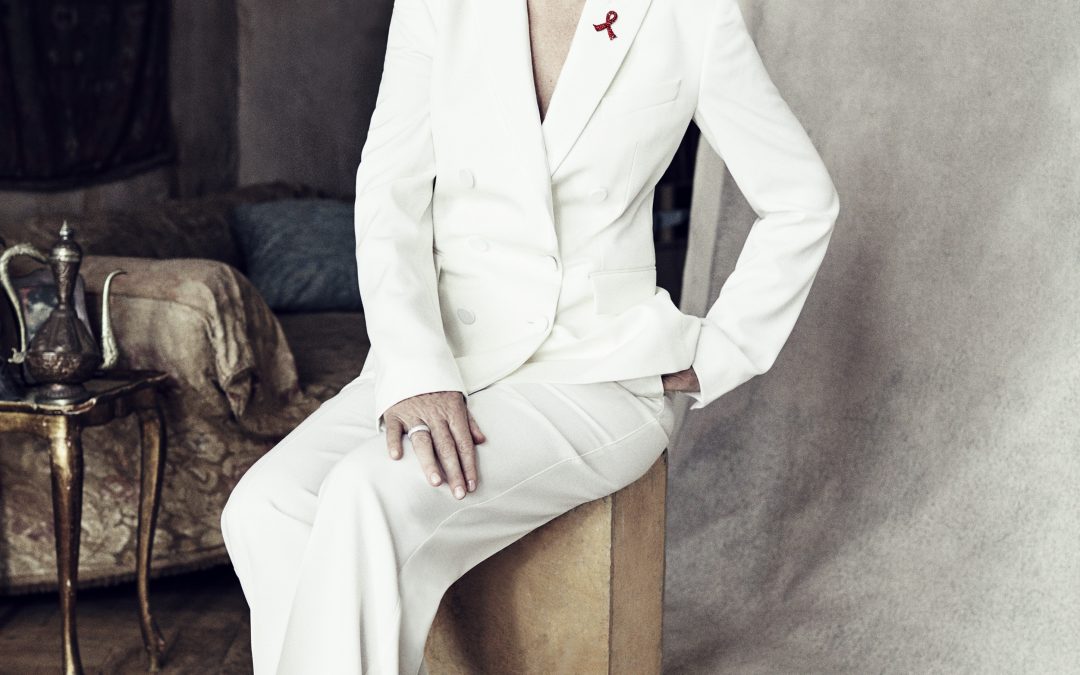 Dr Lennox said “It is truly a remarkable honour to be invited to become Chancellor of Glasgow Caledonian University. I am humbled by it, and intend to serve this outstanding institution in the very best way I can. Following in the footsteps of such an exemplary individual as Muhammad Yunus is somewhat daunting, but I’m very much looking forward to working with everyone in a collaborative way, so I can be of good value to the students and the establishment of University.”

Professor Pamela Gillies CBE, Vice-Chancellor of GCU said “The vision and inspirational leadership of Chancellor Lennox will continue to set the moral compass, strategic direction and social actions of our University for the Common Good.  The students, staff, and lay governors of the University feel privileged indeed that she has accepted the role of Chancellor and are excited by the prospect of what we might now achieve together over the coming years.”

Professor Yunus remains a lifelong friend to the University as Emeritus Chancellor and said he was “very happy to know that Dr Lennox had accepted the invitation to become the next and first ever female Chancellor of GCU”.   He went on to note that Dr Lennox’s leadership would be of strategic importance to the University as it sought to achieve its social objectives.

The role of Chancellor involves formal and ceremonial duties, conferring degrees on students, and supporting and promoting the University’s ambitions and vision for the common good. The University’s values and work to transform lives through education align with Dr Lennox’s deep commitment to social justice.

Throughout her hugely creative and successful musical career spanning more than 30 years, Annie Lennox has so far received an Oscar, four Grammy Awards, eight Brit Awards and four Ivor Novello Awards. Her extraordinary achievements in music are however matched by the positive impact of her social activism and her passion for fairness and justice in an unequal world.

Dr Lennox was inspired to launch the SING Campaign to raise funds to prevent the spread of HIV/AIDS after taking part in the inaugural concert of Nelson Mandela’s 46664 HIV Foundation in 2003, and visiting Uganda with Comic Relief and Malawi with Oxfam. An Ambassador for UNAIDS, Oxfam, Amnesty International and the British Red Cross, Dr Lennox received the Nobel Woman of Peace Award at the 10th Summit of Nobel Peace Laureates in 2011 for her work on HIV/AIDS prevention and control, especially for women and children.  In 2011 she received an OBE in the Queen’s New Year Honours for her humanitarian work.

She founded The Circle, a charitable non-governmental organisation, in 2008. The Circle has a vision of equality for women and girls in a fairer world and supports some of the most disempowered women and girls in the world to change and challenge the injustices they face. The organisation addresses a wide range of issues such as violence against women, the lack of a living wage for garment workers, getting more girls into appropriate education and better representation of women in local and national politics. It does so by advocating for change and supporting impactful projects in countries including India, Malawi, Rwanda, Myanmar and South Africa.

In 2017, Dr Lennox’s most recent social philanthropic work was honoured when she received the George Harrison Global Citizen Award.

The University Court made the appointment on 23rd November and Hazel Brooke MBE, Chair of the Court said “I find it difficult to think of anyone who more ably embodies the mission and values of GCU.  We are fortunate that Dr Lennox has agreed to form this very special relationship with us.”

Chancellor Lennox will be formally installed during a ceremony at Glasgow Caledonian University in July 2018.