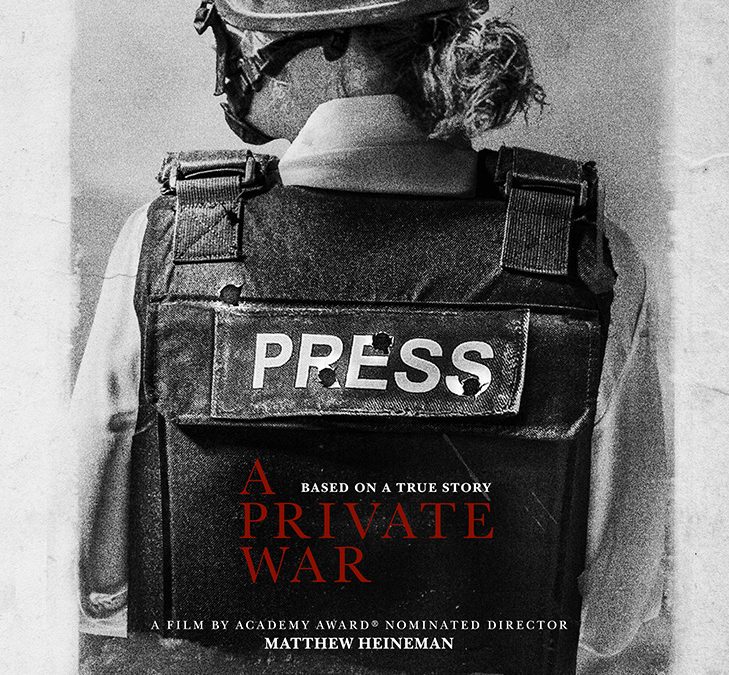 Iconic singer, songwriter, and human rights activist Annie Lennox has written and recorded a song for the film A Private War which will appear on the original soundtrack to be released digitally by Music. Film Recordings November 2 and on CD November 9.  Titled “Requiem For A Private War,” Lennox produced the song with composer H. Scott Salinas (Just Friends, Edison), who also provided the original film score. For the Academy Award, Grammy and Golden Globe Award-winner, contributing to a film about the slain journalist Marie Colvin was a labour of love, as the two were connected by Lennox’s organization The Circle which works to empower women around the globe as they challenge injustice and inequality.  A magnificent ode to Colvin, the song is both haunting and powerful, as Lennox forcefully conveys the loss in her tragic passing.  The film directed by Matthew Heineman (City of Ghosts, Cartel Land), and starring Rosamund Pike, Jamie Dornan, Tom Holland and Stanley Tucci will be released in theatres November 2 courtesy of Aviron Pictures.

Celebrated war correspondent Marie Colvin is a woman who is as comfortable downing martinis with high society’s elite as she is brazenly staring down warlords and fleeing from gunfire. Driven by an enduring desire to bear witness and give voice to the voiceless, Colvin charges into danger, constantly testing the limits between bravery and bravado.

Says Lennox in Deadline: “It was a privilege and honour to be asked to write and record a special song for A Private War, which not only commemorates the exceptional courage and dedication of war correspondent, Marie Colvin, but, from a human rights perspective, also highlights the importance of ‘from the ground’ media coverage, in war torn situations around the world.”

10) The Search for Truth

14) Return to the Tunnel