A picture of George Sandâ€¦Once a bit of a notorious “gender bender” of sorts.. 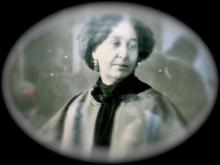 A picture of George Sand…Once a bit of a notorious "gender bender" of sorts..

Guys….! Gals….! Guy gals…! Gal guys..! Gal girls and Girl guys… !Whatever…!
Thank you very much for all your kind and fascinating suggestions as to what I should do about my left foot. It all goes to show what a plethora of potentiality lies in diagnosis versus subsequent remedy prescription!
I’ve taken note of everything…and will keep you informed and up to date..ish.. You’re very kind!!
Just to ease any concern….
At the moment.. (Lord be praised), the "flashing" has subsided… But I know that it’s only due to my good friends…Ibuprofene and Paracetamol…
Trust me..I don’t intend to ingest them forever..
OK…let’s not dwell on that for too long..
Onwards and upwards!
I know how nasty it is to be labelled.. I really do, because I’ve had a taste of it.
Do you know how many times I was reduced to being titled as a "Gender Bender" (whatever the hell that is)???
It was not how I would have ever have described myself…But it was like an opening for a dialogue, and it still is.
If you want to know what I was trying to get across, then I’m prepared to go into it…or not.

Ps..Please can the person who coined that particular phrase stand up and be counted?…I think there’s a lot to discuss here..But only intelligently,non abusively, gently, humorously and with tremendous compassion!