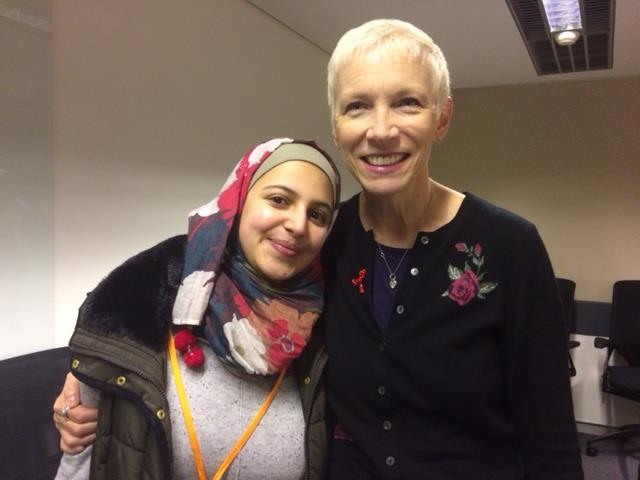 We live in a world where famous sports heroes are elevated to the heights of stars, serving as god like role models for their generation. But when it comes to heroic gender equality activists, this level of celebrity is not the case. They fight their battles behind the lines, uncelebrated and unnamed, often at great personal risk, and with no reward or motivation other than creating the transformative change  they want to see in the world.

The Global Goals World Cup has set out to change this. Young gender activists from all over the world are being nominated to come together at the Global Goals World Cup activist football tournament in New York City on September 19th.  They will become the ultimate Sustainable Development Goal 5 (Gender Equality) Dream Team.
I have been given the honour to nominate one of the Dream Team for Gender Equality, and have no hesitation in putting forwards an inspirational young Syrian woman who demonstrates the tremendous courage and willpower to drive us all forwards towards a more equal and just world.  Muzoon Almellehan campaigns relentlessly to ensure that girls have access to education, and are able to realise their rights. She is a world class champion in her field.
As part of the SDG Goal 5 Dream Team, she would receive the recognition and encouragement she deserves to elevate and scale up her exceptional work towards the goal of Gender Equality.
Thank you for your attention.
Annie Lennox