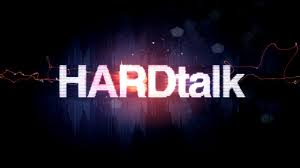 As reported here in February  Annie Lennox attended the Names Not Numbers symposium at Portmeirion in North Wales 26-28 February 2010. Annie joined leading figures from around the world for what was described as ‘a very British Davos’ for the second annual Editorial Intelligence symposium. Parts of the programme including an interview with Annie were filmed and recorded live for both BBC’s HARDTalk with Stephen Sackur and The Forum, presented by Bridget Kendall.